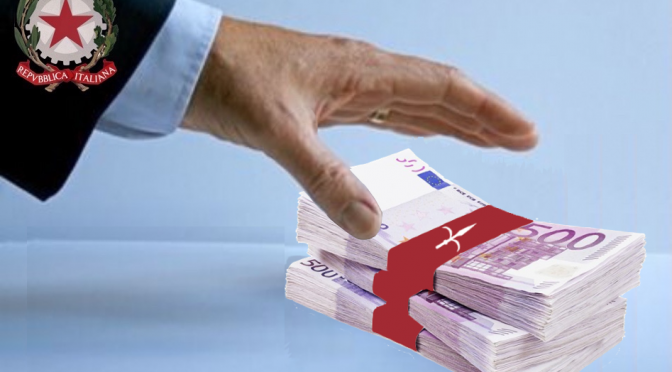 Trieste, July 17th, 2017 (NMAgentur) – The adhesions of citizens and enterprises to the first fiscal class action of Trieste VS the Italian Government are already over 350, and they are increasing despite the two months of absolute silence of nearly all national and local Italian media on this clamorous legal initiative, which is unprecedented and completed an action launched in 2015 (LINK  English) (LINK Deutsch).

So far, among the media that has censored the news about this fiscal legal action there are also the newspapers of Trieste that are funded by the Italian Government: “Il Piccolo” in Italian, and “Primorski dnevnik” in Slovenian.

The lawsuit is initiated by the International Provisional Representative of the Free Territory of Trieste – I.P.R. F.T.T. (LINK) and the collection of new adhesions is entrusted to the Free Trieste Movement (LINK) which, on July 17th, has lodged new statements of intervention from enterprises, and in the next weeks more will follow.

The I.P.R. F.T.T. has summoned before Court the Italian Government, its Ministry of Economy and Finance, its Fiscal Agencies (Tax Revenues, State Property, Customs and Monopolies) and the INPS (Italian National Institute of Social Insurance) to verify the legitimacy of the collection of the enormous taxes of the Italian State in the present-day Free Territory of Trieste and in its international Free Port, the provisional administration of which is entrusted to the Italian Government by the Governments of the United States and of the United Kingdom, on behalf of the United Nations.

The writ of summon of the I.P.R. F.T.T. was notified to the Italian Government and to the other defendants on May 22nd, 2017, and the first hearing is scheduled on November 27th, and the legal action does also allow settlements out of court through proper negotiations, but the citizens who join the legal action together with the I.P.R. F.T.T. can already bring forward the lis pendens in their own fiscal proceedings. This is one more reason why adhesions are increasing so much and this quickly.

High-level officers of the Italian Government, who wish to remain unnamed, confirm that the legal action is founded in law; therefore it would be convenient settling the whole question with a negotiation between the administering Italian Government and the I.P.R. F.T.T. also with the intermediation of the Governments of the US and of the UK.